Categories
In the News

Endometriosis is treatable. To learn more about Lena’s story and endometriosis visit EndoFound.org

‘I have dealt with my own body turning against me’: Lena Dunham opens up about battling mental and physical health issues, as she admits the past few years haven’t been ‘easy’

By CARLY STERN FOR DAILYMAIL.COM

The past few years have been difficult for Lena Dunham, as she’s battled endometriosis pain, undergone a hysterectomy, and suffered the heartbreak of ending a longterm relationship.

But the 32-year-old star told Hoda Kotb and Savannah Guthrie on the Today show this morning that being a writer has helped her pull through,

‘I think that were I not a writer, I would have no way to understand the complexity and the challenges and the darkness of the experience of being human,’ she said. 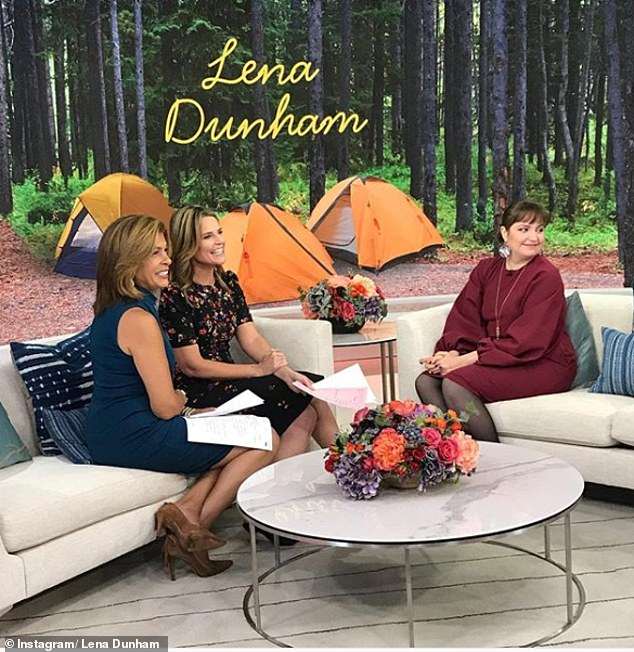 Starting off the week: Lena Dunham, 32, was on the Today show on Monday morning to talk to Hoda Kotb and Savannah Guthrie 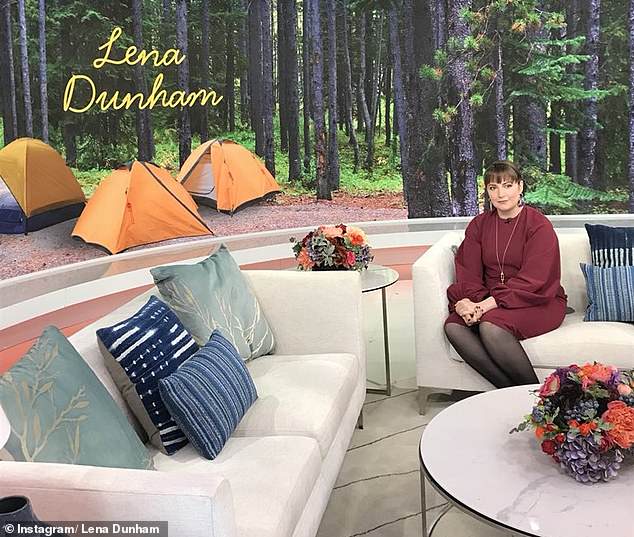 Outlet: Lena talked about how being a writer has helped her through some of her darkest moments

Lena has been vocal about her battle with painful endometriosis.

At the age of 31, she made the decision to have a hysterectomy, writing for Vogue that the ‘unbearable’ pain had made her ‘delirious’.

Her ninth surgery to deal with her condition, this was perhaps the most traumatic, since it meant she would never be able to have children.

Lena has also spoken openly about her mental health issues, and was candid about her heartbreak after she and her boyfriend Jack Antanoff split after five years together.

‘I can’t lie and say that the last couple years have been easy. It’s been a time of… and some of that has been, you know, because of my own behavior. I’ve grown up, and I’ve developed in the spotlight, for better or worse,’ she said.

‘And I’ve also dealt with the challenge of my own body turning against me.

‘I’ve gained a great sense of community because I’ve been able to write about my experience and other women have reached back to me.’

She’s also found that simply being a woman in the US at this time is difficult, and writing helps her make sense of it.

‘In particular, being a human woman at this time in history and in this country [is hard],’ she said. 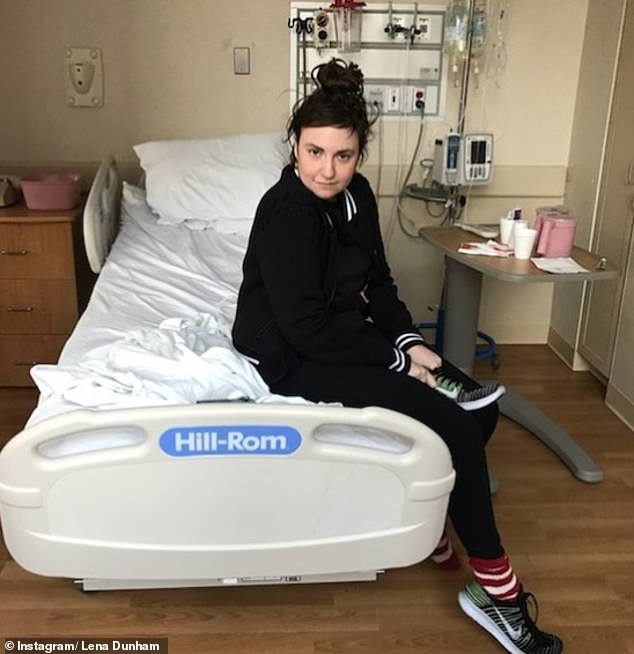 ‘To have writing as a way to dig deeper to express myself and connect to other people, it truly is the reason that I exist,’ she said.

Lena received quite a bit of feedback for her Vogue piece about her hysterectomy in February.

Before taking the drastic step, she’d tried everything, including ‘pelvic-floor therapy, massage therapy, pain therapy, color therapy, acupuncture, yoga, and a brief yet horrifying foray into vaginal massage from a stranger.’ 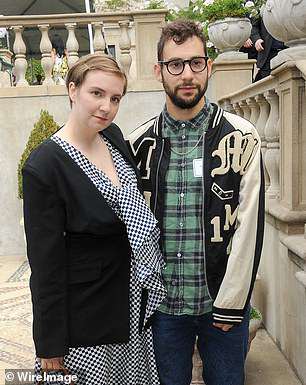 Changes: Shortly after her surgery earlier this year, she split with her boyfriend of five years, Jack Antanoff

After the surgery, she said, she felt an incredible sense of loss.

‘Because I had to work so hard to have my pain acknowledged, there was no time to feel fear or grief. To say goodbye,’ she wrote.

‘I made a choice that never was a choice for me, yet mourning feels like a luxury I don’t have. I weep, big stupid sobs, alone in the bathtub or in the area where, in a terribly cliché turn, I have started crafting.

‘Adoption is a thrilling truth I’ll pursue with all my might. But I wanted that stomach. I wanted to know what nine months of complete togetherness could feel like.’

Months later, she wrote another piece for Vogue, articulating the sense of loss she felt after she and Antanoff parted ways.

‘Our hearts were still broken from trying so hard to fix it but no longer uncertain about whether or not we could. The finality nearly killed me, and I remember muttering, “But what if we still went on dates?”’

In addition to writing articles, Lena frequently takes to Twitter and Instagram to express herself — which is where, so often, she hears from women going through similar troubles.